by Schaffer the Darklord 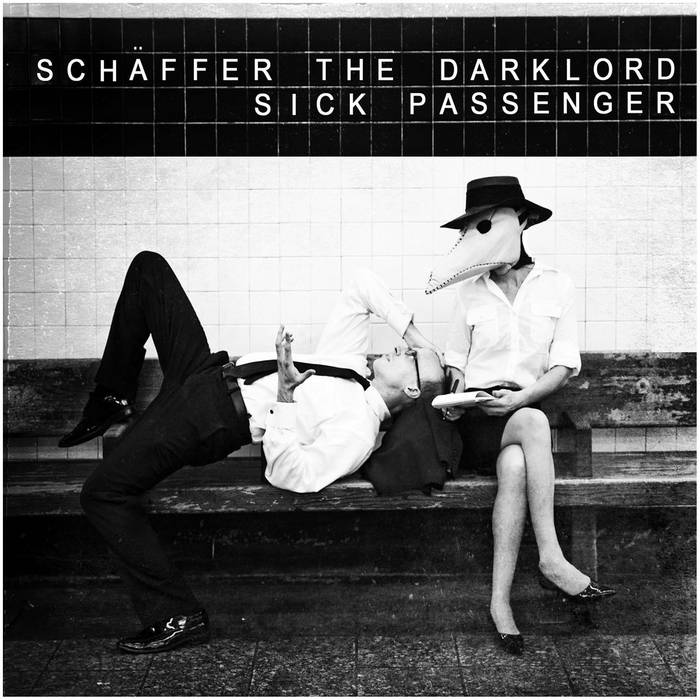 Kevin Ireland This is hands down one of my all time favorite albums.From the lyrics to the music to the production. It's meaningful, moving and an essential addition to any collection.

Lord Cheshire This is a little more then unsettling. it takes you a very wild ride and pushes your comfort levels in a good way. i don't know if i should clap, or give him a hug. Favorite track: Giant Iron Snake.

Ben Briggs Intricate, personal, humorous self-examination of a powerhouse performer. There's really no excuse NOT to buy this album.
more...

Sick Passenger is the fifth full-length release from NYC-based rapper and comedian Schaffer the Darklord. Picking up where his 2009 album Manslaughterer left off, this concept album follows STD through his first session with an enigmatic and antagonistic psychotherapist. Over the course of thirteen songs and eight skits, the troubled rapper faces his fears, discusses his dependency on sex, drugs & applause and explores his use of fantasy as a coping mechanism to escape the debilitating anxiety he suffers from life in the big city. Featuring cameos from the likes of MC Frontalot, Adam WarRock, Rocco Katastrophe and Dr. Awkward and beats from producers including Dave Famous, Soce the Elemental Wizard, Kabuto the Python and Coozley, Sick Passenger includes such songs as Boo! (I'm a Ghost!), Do Sex, Afraid of Everything, Tomgirl and many more. Longtime fans can expect a very revealing look inside Schaffer's mind by the time they reach the album's conclusion. Stand clear of the closing doors please.

Written, produced, arranged and engineered by Schaffer the Darklord.

Bandcamp Daily  your guide to the world of Bandcamp